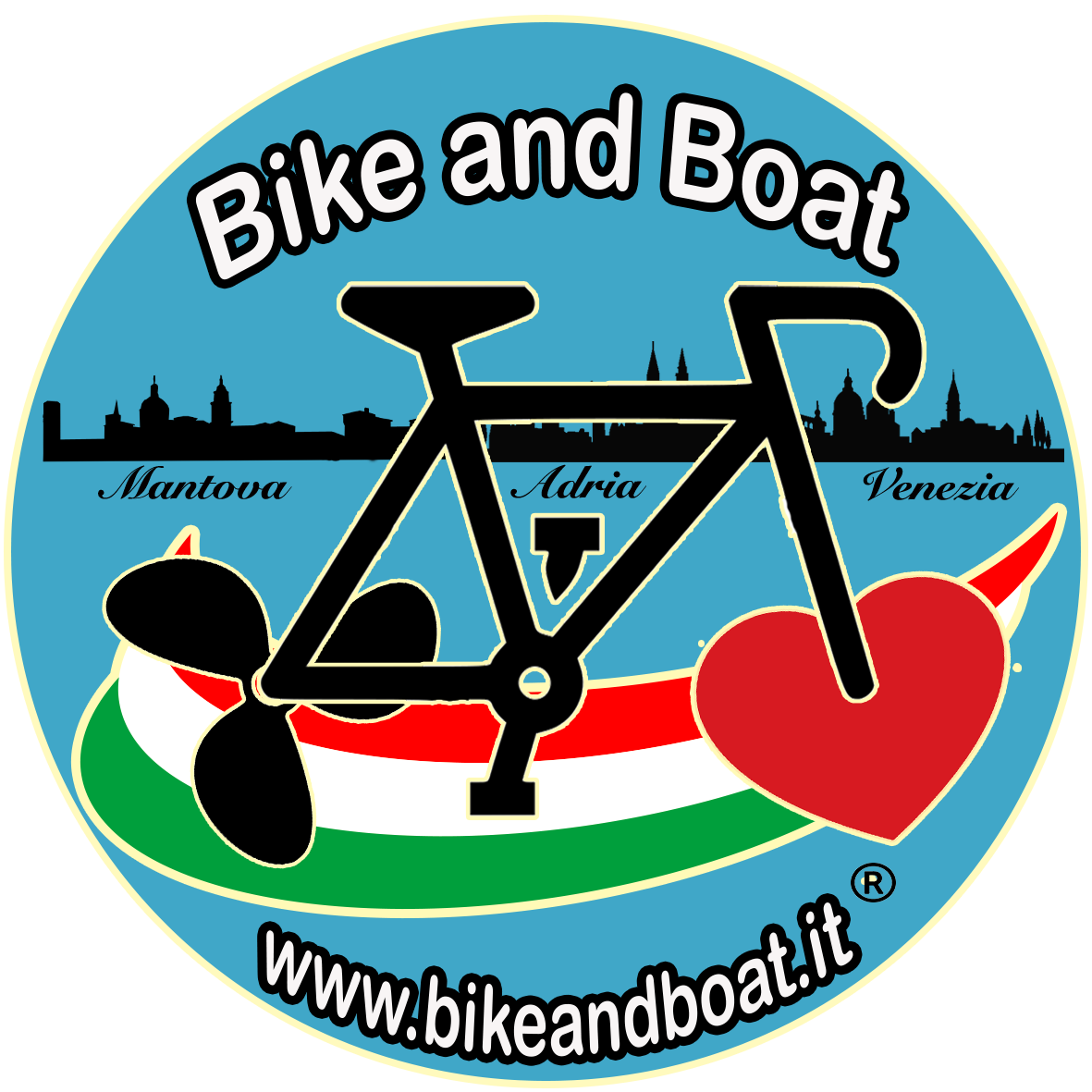 FAMILY DAY and
MUSEUM OF THE RIVER

MANTUA-GOVERNOLO by bike and return by boat (or viceversa). Duration: about 4 hours

A carefree day riding the bike, discovering the regions and the rivers in an easy and suitable way for everyone taking confidence with the slow and sustainable turism.

Route: very easy on dirt embankments, in some parts intersections and paths on asphalt roads with promiscuous passage with non intense local traffic

MANTUA-GOVERNOLO-SAN BENEDETTO PO by bike and return by bike (or viceversa). Duration: about 6 hours

The charm of a borderland land at the center of the Po culture. An evolving landscape with a strong cultural identity and a clear landscape recognition. In the Oltrepò region you must get there, you do not pass by chance! The museums are places of meeting and exchange of knowledge but, also and above, places of people who raise and share time, business, passion and creativity. Places of comfortable confidence in the present, that's why the must be visited and discovered.

THE WAYS OF TASTE

MANTUA-GOVERNOLO-SACCHETTA DI SUSTINENTE by bike and return by boat (or viceversa). Duration: about 5 hours

Exploring this region starts with the knowledge and storage of our culinary traditions by gaining awareness of the importance of eating well, in a healthy way, with products included in a farming cycle that respects the environment and the man.

Route: easy on dirt embankments, in some parts intersections and paths on asphalt roads with promiscuous passage

MANTUA-GRAZIE-TORRE OGLIO-BORGOFORTE-GOVERNOLO by bike and return by boat (or viceversa). Duration: about 6 hours

Route: medium difficulty on dirt embankments, in some parts intersections and paths on asphalt roads with promiscuous passage

Bike: city bike, mountain bike, e-bike
Artistic, Historic and Naturalistic Route of about 60 km
During the day, there will be several "refueling" stops at Agritourism facilities in the area with tasting of local products

MANTUA-GRAZIE-RIVALTA-GOITO-SOAVE-MANTUA- by bike. Duration: about 4 hours

Discovering of the Mincio River at the foot of the Mantuan morainic hills, the 3 lakes of Mantua, the stable lawns, the Forest of the Fountain and the Parc of the Bertone.

Unique landscapes cited also from Dante Alighieri in the XX chapter of the Divina Commedia
Route: about 45 km on easy dirt roads and on asphalt bike lanes; in some parts, intersections and paths on asphalt roads with promiscuous passage
Route with Certified Sports Instructor
Bike: city bike, mountain bike, e-bike

The Po River, with its wild landscapes, its desert beaches and its slow slide towards the sea. An experience for those who love adventure, for those who want to forget the clock and enjoy only the time marked by the Great River. A "safari" lived with a spirit of adaptation and adventure that will remain in your heart.

A total immersion in the Po River landscape experienced while sailing, exploring its immense beaches, experiencing a Robinson Crusoe-like adventure, in total safety and relax. You will light the fire, cook and eat on the beach listening to the stories and the anecdotes of the river.

For those who want it, you can sleep in the boat or in a tent on the beach, admiring the shooting stars. Do not forget at home the camera: the Great River always has something to tell and to keep in the memories.

Our services for your satisfaction

During the experiences we will take care of your luggages arranging them with care on the boat. You will directly find them at the property you chose for your stay. The service is free of charge.

During the navigation it is possibile to recharge for free the battery of your e-bike in order to be always ready for new routes and itineraries.

If a puncture, chain or brake prevents you from fully enjoying your experience, we will help you to solve the problem and you will find onboard a small workshop equipped with the most common repair tools.

Note: the journey can be faced the other way round. The variations of the Rivers or the waterways levels or any other technical/logistic impediments (plumbing works, Basin and bridges maintenance) may vary the lenght and the duration of the navigation routes. The decision is at unique and only discretion of the Captain. For every type of there is the chance to rent pedal assisted or muscolar bikes. For longer journeys it is requested a minimum knowledge of mechanics to face small maintenance along the route (for example, puncture repair, air chamber replacement)

Route suitable for families, singles or small  groups on sections that do not prove altitude difficulties. The ride takes exclusively place on bike lanes on asphalt, beaten or dirt roads with few or rare street intersections. The journeys do not exceed 25 km of length

Route suitable for families, singles or small groups on sections that may present some altitude variations of modest entity or on flat paths of more than 25 km lenght. It is recommended a basic training level. The ride takes place on bike lanes on asphalt, beaten or dirt roads with few possibilities of street intersections or mixed lines

Route suitable for singles or small groups on routes that may present some altitude variations that need a discreet physical training or with flat paths of more than 50 km. The ride takes place on bike lanes on asphalt, beaten or dirt roads with possibilities of street intersections or mixed lines